Interstates and roadways with low rates of congestion

One-day drive or less to major Midwestern and Southern cities

The St. Louis region boasts four interstates and a high-priority corridor that connects the area to key locations in every direction, along with an interstate loop that provides easy travel around the city. This system of interstates also offers fluid connection to and from all of the bistate area’s warehouse and distribution parks and ports on both sides of the Mississippi River. The region’s major interstates reach cities and states across the country, with Chicago, Memphis, Kansas City and Indianapolis within a five hour or less drive time away.

Infrastructure investment is a top priority for the St. Louis region, and thanks to exceptional regional leadership, we have demonstrated public and private success by funding and delivering critical projects. More than $1B in various projects were underway as of 2021, including several that are strengthening our interstate system. Unprecedented collaboration between the Missouri and Illinois Departments of Transportation (DOTs) facilitated the generation of $600 million for work to enhance portions of Interstate 270 in eastern Missouri and southwestern Illinois over three years, despite both DOTs experiencing drastic funding level reductions. MoDOT and IDOT worked collaboratively on construction and design during 2020 to enhance I-270, which supports companies such as AB-InBev, Boeing, World Wide Technology, Procter & Gamble, Amazon and others which have facilities along the critical bi-state corridor. In all, hundreds of millions of dollars are supporting projects along the combined I-270/Interstate 70 Corridor — one of the nation’s primary east-west manufacturing and logistics corridors. Improvements along Interstate 55 in Jefferson County, MO are also planned to support heavy truck movement and existing and future port operations, while various improvement projects on I-70 from Wentzville to Stan Musial Veteran’s Memorial Bridge were elevated to top priorities for the region. 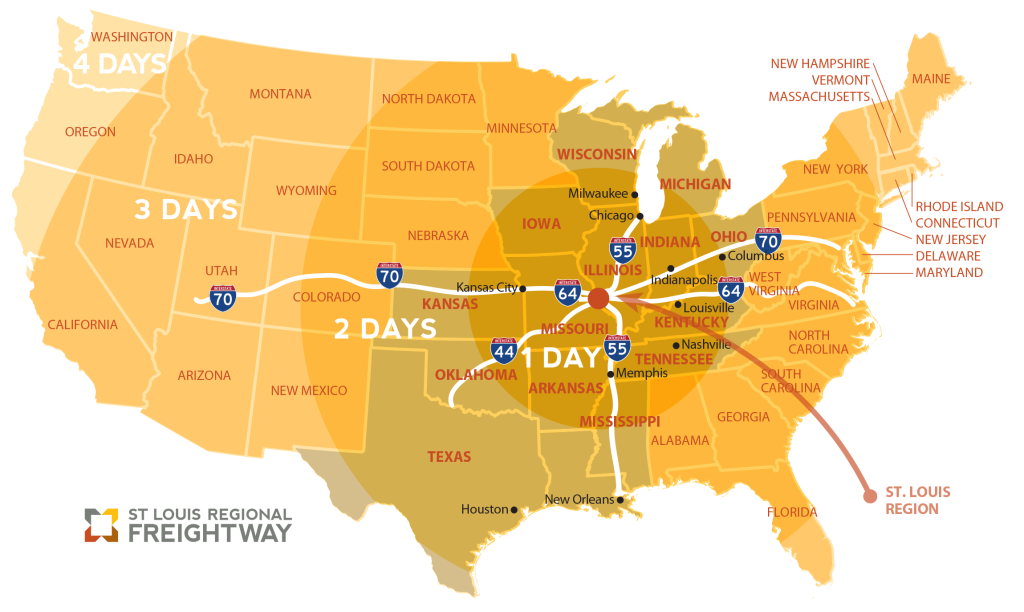