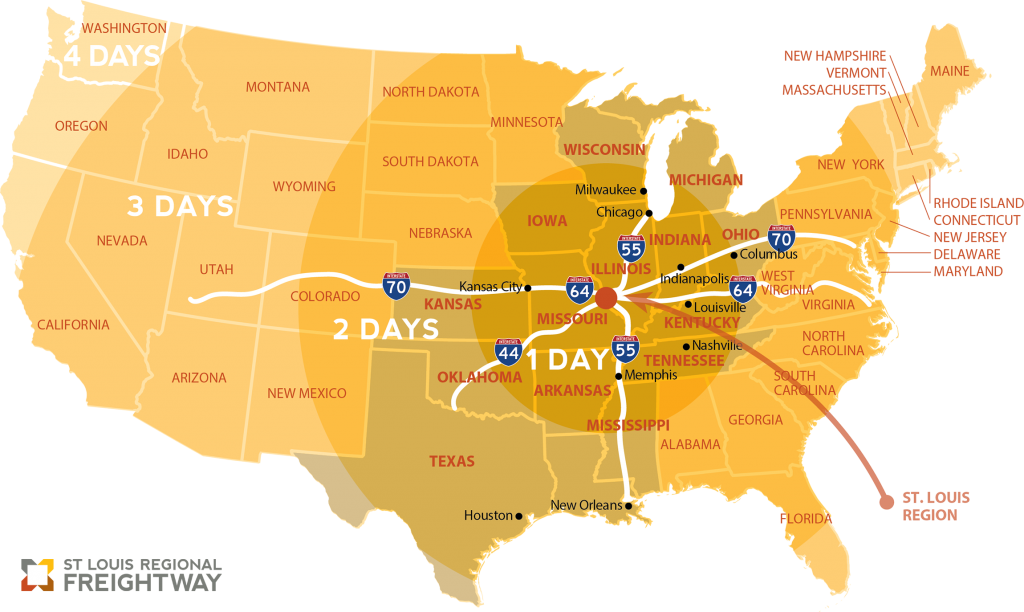 In addition to its central location in the United States, which makes two-day shipping to most of the country possible, the region’s easy access to rail lines, interstates and ports of export make it an ideal location for global manufacturing businesses seeking to serve the world effectively from a primary location.

Through the Union Pacific, BNSF, CSX and Norfolk Southern railroads, regular trains leaving the St. Louis region access three west coast ports (Long Beach, Los Angeles and Oakland) and two east coast ports (Newark/NYC and Norfolk, Virginia). From these ports of export customers around the globe in Europe, Asia, the Far East, Africa, Australia and the Middle East are well served. The region’s intermodal capabilities and services by the CN, the KCS and the Terminal Railroad Association of St. Louis allow rail cars to be picked up on schedule, resulting in dependable and higher velocity rail car movement to the Gulf, Canada and Mexico. Additional ports of export are also available from the St. Louis region as detailed on the map below. One of many examples of companies utilizing the region’s rail and port network is Cosmos Manufacturing, a global manufacturer and supplier of pet shampoo and related products based in O’Fallon, Missouri – a suburb of the bi-state St. Louis region. With destination points on all continents, Cosmos ships efficiently to 68 countries from its production facility, serving the world effectively from its primary location.

“One might think that being in a location interior to the Country far from the ocean would be a disadvantage for a company like ours. In fact, we have found quite the opposite,” said Cosmos President and CEO Landon Hobson. “The St. Louis region’s excellent rail network provides regular and ready access to five major ocean ports on both the east and west coast, and our central location allows us to hit 90% of our freight moves in North America within 2 days and 100% in 3 days. This kind of accessibility and global reach provides major advantages to us vis a vis our competition who cannot reach customers as efficiently and effectively as we can.” 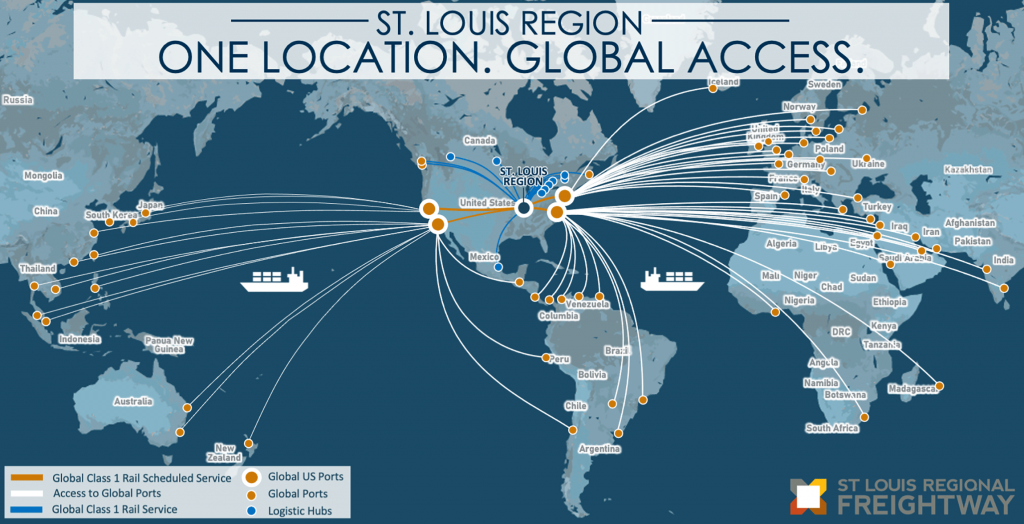 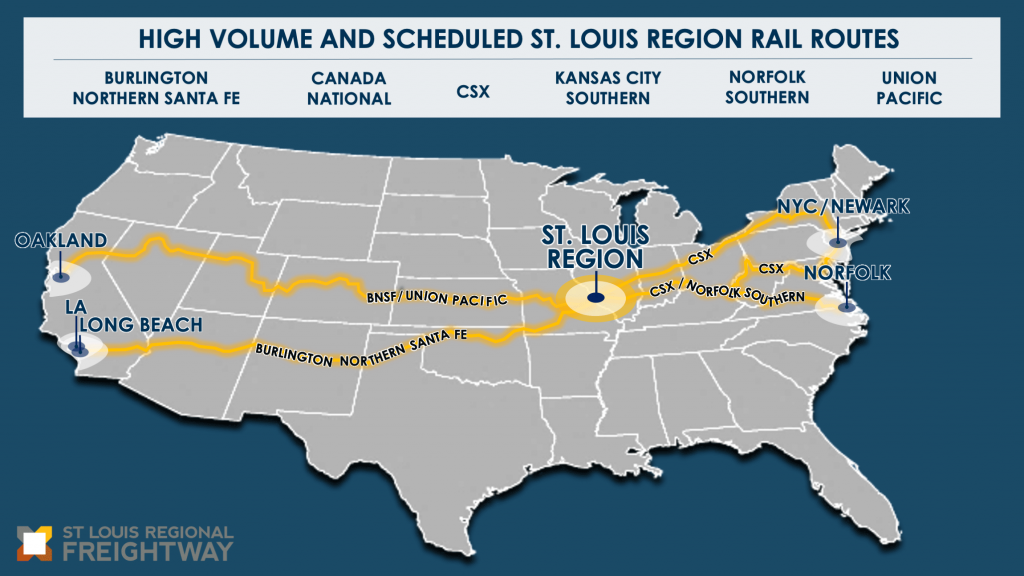 The St. Louis region lies at the heart of America’s Marine Highway System and is home to the northernmost ice-free, lock-free point on the Mississippi River. The all-water routes offer efficient options for transportation of freight, providing shippers with access from the St. Louis region to critical transportation channels and global ports. Existing Container-on-Barge Services in the region and proposed Container-on-Vessel services that could be launched here are early as 2023 provide even more options on the all-water north-south trade lane connecting the Midwest to the lower Mississippi River and on to worldwide destinations.