Questions? We want to hear from you. 314-982-1562
The Freightway > News > Hyperloop Project Plans Progressing as an Innovative Transportation Option in America’s Heartland

The possibility of bringing the first Hyperloop One intercity route to Missouri is progressing at a rapid pace, putting this innovative technology — and what it would mean for travel and economic development in the region — into reality.

Andrew Smith, co-founder of the Missouri Hyperloop Coalition, took part in a Q-and-A format, hosted by the Heartland Civic Collaborative as part of 2019 FreightWeekSTL, to update attendees on progress being made to bring the Hyperloop to Missouri.

Hyperloop combines two types of technologies that already exist – vacuum tubes and Maglev trains, which use magnetic levitation to move vehicles. These two technologies create a coasting effect that would transport people and goods at nearly 700 miles per hour. The proposed Missouri route would run between St. Louis and Kansas City along Interstate 70 and would cut travel time between the two cities to less than 30 minutes. The Missouri Hyperloop Coalition, a public-private partnership of several civic organizations and the Missouri Department of Transportation, has taken the lead in bringing the proposed route to life, which includes coordinating a feasibility study that was completed last fall by Kansas City-based engineering firm Black and Veatch.

Speaking at FreightWeekSTL, Smith compared the Hyperloop One system to building the U.S. Interstate system more than half a century ago and explained how Missouri is a catalyst of innovation.

“Missouri is where the U.S. interstate system began,” he said. “If you are going to build a network, you start in the middle, and that’s something that we have that no other place has. When you start thinking about the history of Missouri and the kinds of things that we have been involved in over the years, you realize it’s possible to bring Hyperloop technology to our state. There wouldn’t have been a space program if it hadn’t been for McDonnell Douglas and the work that was done in St. Louis by St. Louis engineers to put people in orbit and get people to the moon. To me, Hyperloop is the natural next step, and it’s something that’s very much connected with the history of our state.” 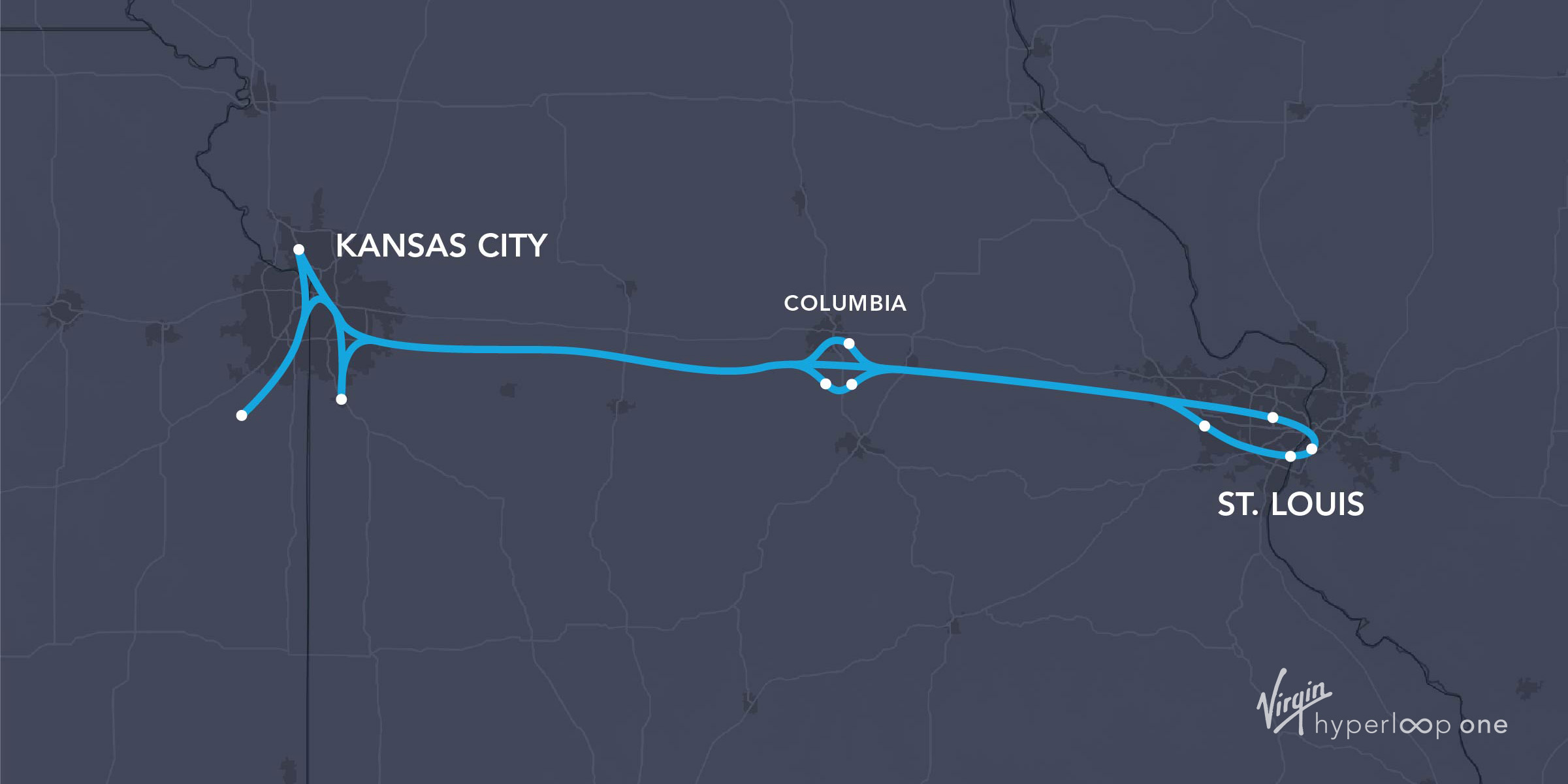 In March, Missouri House Speaker Elijah Haahr announced the formation of the special Blue Ribbon Panel to work on a plan for the Hyperloop project. The panel, chaired by Lt. Gov. Mike Kehoe, was formed to come up with recommendations on how to commercialize the technology. The panel will release its recommendations and findings this fall.

Also in March, the U.S. Department of Transportation announced the formation a new council to govern and oversee new technologies in transportation – including Hyperloop and autonomous vehicles. The Non-Traditional and Emerging Transportation Technology Council (NETT) will determine if a new or existing federal agency will regulate hyperloop travel. According to Smith, the announcement opens up the conversation for truly tangible next steps – building a certification track in Missouri.

The goal would be to build a 12 to 15-mile Hyperloop certification track in Missouri and eventually extend it beyond Missouri’s borders. Smith said the Coalition is working to partner with universities in Missouri, Illinois, Indiana, Kansas, Kentucky and other neighboring states that have the resources and incentives to create a multi-state system.

The Hyperloop One track would cost about $30 million per mile to build and would largely be funded through private donations – similar to what is currently being done to bring the technology in India to connect the cities of Mumbai and Pune. Funding will most likely also come from federal funds.

“The cost to build the Hyperloop is about 40 percent less than high-speed rail, and it’s three times faster,” Smith said. “The operating costs of this system, because it’s so energy efficient, is about five cents per passenger mile – lower than any other existing form of transportation. We’re looking at a ticket price between $30 and $40 between Kansas City and St. Louis, less than a tank of gas.”

In addition to passenger travel, Hyperloop technology can also supplement the freight industry. Smith expects Hyperloop tubes to transport light-weight cargo currently moved by truck or air within 300 to 1,500 miles. He also believes the Hyperloop could become a larger player in connecting freight hubs across the Midwest.

“Several airports within 350 miles of Lambert move approximately 40 million tons – a massive percentage of freight traffic passes through them,” Smith said. “If we had a Hyperloop connecting those airports with ours, it strengthens our region from a logistics standpoint, especially with the multimodal capacity our rivers offer, which very few regions have.”

FreightWeekSTL debuted in May 2018 and drew 2,000 freight and transportation experts as well as exhibitors from around the country to share ideas and collaborate on the forward movement of America’s growing freight industry. It also gave participants firsthand exposure to the St. Louis region’s enviable location as the epicenter of American logistics. Returning for its second year and once again built around – and in partnership with – the annual Inland Marine Expo (IMX), FreightWeekSTL 2019 is building on those efforts.

The St. Louis Regional Freightway is a Bi-State Development enterprise formed to create a regional freight district and comprehensive authority for freight operations and opportunities within eight counties in Illinois and Missouri which comprise the St. Louis metropolitan area. Public sector and private industry businesses are partnering with the St. Louis Regional Freightway to establish the bi-state region as one of the premier multimodal freight hubs and distribution centers in the United States through marketing, public advocacy, and freight and infrastructure development. For more information, visit thefreightway.com.

FreightweekSTL Returns to St. Louis for a Second Year May 20-23