Letter from the Executive Director – September 2017 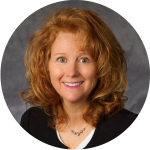 The past several months have been a busy time for the St. Louis Regional Freightway as we continued our efforts to further elevate the region’s position as a premiere freight center and multimodal hub for the nation.

In May 2017, led by Terminal Railroad Association of St. Louis (TRRA) President Mike McCarthy, our 75 members of the Freight Development Committee finalized a priority list of 20 multimodal projects that were identified as critical to modernize the region’s freight infrastructure. Topping the list is the replacement of the 127-year old Merchants Rail Bridge over the Mississippi River and improving Interstate 270 from Lindbergh Boulevard in Missouri to Route 111 in Illinois, including the Chain of Rocks Bridge. The priority list was released during the sold out 2nd annual Freight Summit held on May 10, 2017. The Freight Summit also included an update to the region on the remarkable progress the organization has made, over the past year, towards capturing a greater share of the anticipated growth in freight volume during the coming years.

In addition, May 2017 also included a St. Louis Regional Freightway Industry Forum, which offered an outlook from the Federal Reserve Bank of St. Louis that revealed the vibrant start-up incubator environment is boosting long-term growth for the St. Louis regional economy.

In early August, the Freightway’s Port Working Group hosted an informative meeting at America’s Central Port that shed new light on the St. Louis region’s leadership position in the movement of grain and other commodities through our unrivaled network of river terminals and ports. This event helped generate several related articles that provide insight as to why our region is becoming known as the “Ag Coast of America” and helped identify national rankings for St. Louis regional ports and terminals. These efforts provided a greater understanding of the importance of the region’s intermodal connectivity, the importance of infrastructure investment and the region’s competitive shipper and carrier market. Several of these articles have resulted in local and national media coverage that supports the Freightway’s efforts in gaining national and international recognition as a premier freight hub.

Read on to find more details on our recent events and related articles. We also encourage you to revisit TheFreightway.com, which continues to expand in order to serve as a one-stop-shop for information on freight operations and opportunities within the St. Louis region.

Have a great week!