The latest data from the U.S. Army Corps of Engineers (USACE) reveals the St. Louis Regional Ports held onto the top ranking as the most efficient inland port district* in the nation in terms of tons moved per river mile during 2017, the most recent year for which final numbers are available. The St. Louis region’s barge industry handled 472,400 tons per mile. That was 1.6 times the efficiency of the Port of Pittsburgh, Pa., which ranked number 2 with 286,000 tons per mile. The port of Huntington-Tristate, West Virginia, ranked a distant number 3, moving 95,930 tons per river mile.

Adding to the impressive showing for the St. Louis region’s ports is the number of port facilities/river terminals within the system. The 70-mile long St. Louis regional port system had the second highest concentration of port facilities per mile of all inland ports, with a port facility per mile ratio of 2.36, falling just a little below Pittsburgh’s 3.14. However, within the 15-mile stretch of St. Louis’ port system known as the Ag Coast of America, the port facility per mile ratio soars to 5.13, far higher than all other inland ports.

Those efficiencies translate into an increasingly higher share of all freight tonnage along the section of the Mississippi River from Minneapolis, Minn., to the Ohio River near Cairo, Ill., being captured by the St. Louis region’s ports and river terminals. According to the USACE, the 70-mile St. Louis regional port system represents only 8 percent of this 855-mile section of the river, yet carried 39 percent of the 2016 freight. 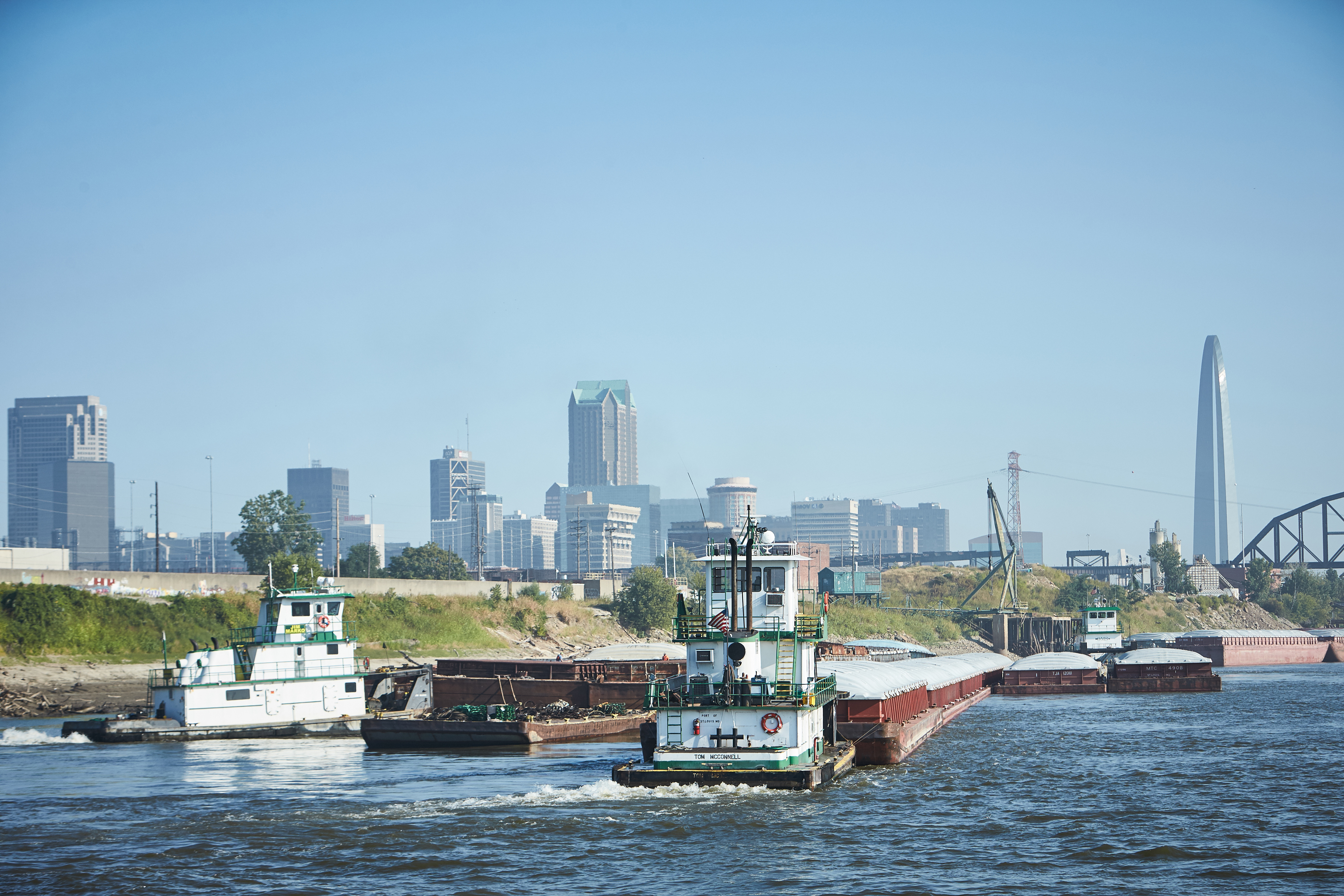 “These latest numbers go beyond reinforcing a key stretch of our port system as the Ag Coast of America; they underscore the St. Louis region’s critical role in the nation’s freight network,” said Mary Lamie, Executive Director of the St. Louis Regional Freightway. “Continuing investments in the St. Louis region’s ports and river terminals have created a highly competitive shipper and carrier market featuring greater efficiencies and lower costs. We have every reason to believe the positive trends will continue, given the excess capacity at river terminals and high concentrations of barges; exceptional intermodal connectivity; and the region’s unrivaled location in America’s heartland, providing the northernmost ice-free and lock-free access on the Mississippi River.”

Overall, as of 2017, St. Louis was the third largest inland port by total tonnage. While the region’s ports and terminals are widely recognized for their role in moving agricultural products, waterborne freight moving through our region is actually more diversified than the average inland port. As of 2016, soybeans, corn and cement were the top three commodities by waterborne tonnage (48% of all tonnage). Looking at just inbound commodities, as of 2016, coal and nitrogen fertilizer were the commodities with the greatest inbound flow by water to St. Louis, accounting for 34 percent.

“That bodes well for the region as the diversity within our commodity flows, and the ability of the freight network to handle that diversity, means that even as coal continues trending down, the St. Louis port system should still fare well,” said Lamie.

The St. Louis region is among the top five of all U.S. ports for job growth in industrial employment, which includes transportation, wholesale and manufacturing employment. That growth is being driven in part by the ongoing investment in the region’s ports and river terminals. Both public and private investment is underway or starting soon with all four of the region’s public ports advancing projects that will improve the bottom line for shippers and carriers.

American Milling is building a new barge loading facility in Cahokia, Ill., that will include two barge docks. Each dock will be served by a 60-inch conveyor belt, adding further capacity in this busy stretch of the river.  Construction should be completed this summer.

Italgrani owns a four-million-bushel grain elevator just south of downtown St. Louis and built a wheat mill next door in the late 1980s. Its latest expansion has grown to $55 million, as it has added a second mill and more storage, and grown its local workforce to 65 employees. While Italgrani remains fully capable of handling barge traffic, its recent growth has been on the grain milling side of the business, where the majority of the product moves in and out by rail in food grade rail cars, while some is trucked. About 25 percent of its product moves via a pipeline linking the mill to a pasta company client across the street. This spring Italgrani will finish up a new bagging facility that will give it the capability to move bags in boxcars by rail, too, as it takes full advantage of the region’s multimodal offerings. 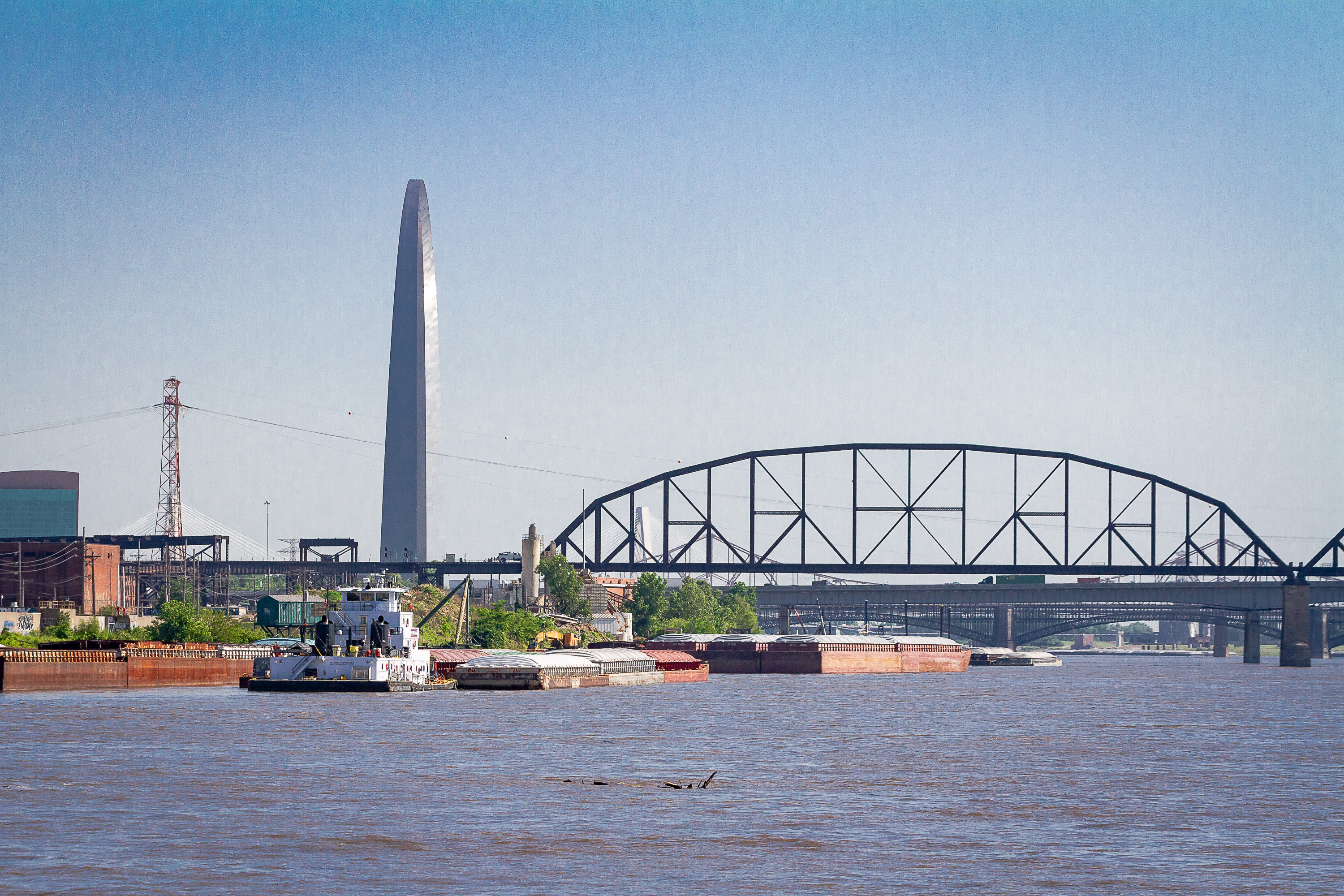 “There is a tremendous amount of infrastructure and support in the St. Louis region,” said Jim Meyer, President of Italgrani. “The Ag Coast of America nickname is very much apropos. We’re very aware of others – Cargill, Bunge and more, moving significant quantities. The amount of commerce being done is incredible.”

For the St. Louis region to continue to maintain its large share of the current freight traffic and capture an even greater portion going forward, the investments by the ports and private industry will need to be augmented by additional infrastructure spending. U.S. Department of Agriculture reports suggest that, without improvements in U.S. infrastructure from the farm to ports, global agricultural market shares will decline dramatically.

“Investment in infrastructure, including improving at-grade rail crossings and increasing efficiency of freight rail interconnectivity with the region’s Class I railroads, is key to supporting the barge industry and critical for maintaining global competitiveness,” Lamie said. “Fortunately, public and private funding is already advancing some of the region’s highest priority projects, and the St. Louis Regional Freightway is committed to working with its many partners to advocate for additional funding for others unanimously recognized as vital to modernize the region’s freight infrastructure.”

*Note: Inland ports included in this analysis are defined as not being located on an ocean and do not have any foreign tonnage.

Port of Savannah’s $3 Billion Investment Plan and The Opportunities It Presents for the St. Louis Region