“We launched The Freightway with a mission to market our region to the world as a premier freight hub and logistics center, a destination for new business and manufacturing, and a multimodal transportation nexus for the nation,” said John Nations, Bi-State Development President and Chief Executive Officer. “The first-year results have exceeded our expectations for what we thought would be accomplished during the first year in business.” The St. Louis Regional Freightway is one of five enterprises operated by Bi-State Development.

Mary Lamie, Executive Director of the St. Louis Regional Freightway said unprecedented regional support and partnerships have been a key factor in the success. The Freightway represents eight counties in two states, the public sector and private industry, and all segments of the supply chain. While this large number of stakeholders with unique needs and concerns could be seen as an impediment, Lamie sees this diverse group of stakeholders as a major asset with a depth of expertise and experience that could be harnessed toward the common goal of advancing the region’s position as a leader in freight and transportation. 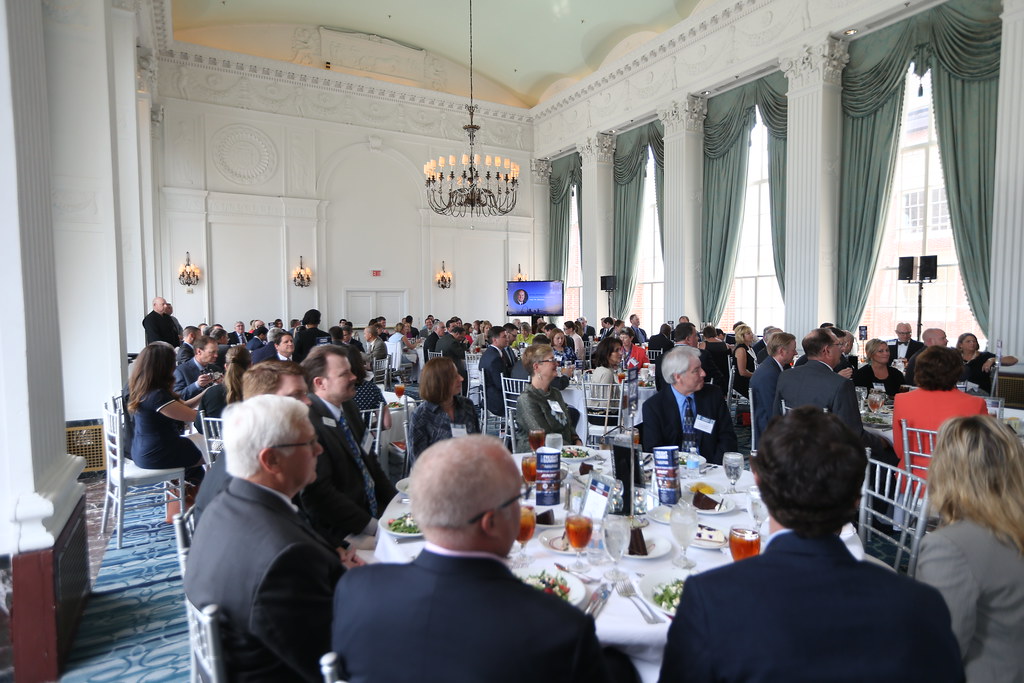 Lamie also pointed to The Freightway’s ability to forge and strengthen relationships with freight partners throughout America’s heartland and to the Gulf of Mexico, as a key accomplishment during its first year. These efforts have produced new and stronger partnerships in Kansas City, Memphis, Minneapolis, Chicago and most notably the Port of New Orleans. The St. Louis Regional Freightway signed a Memorandum of Understanding with the Port of New Orleans earlier this year to grow trade and build upon existing and new business relationships between the two regions and critical ports on the Mississippi River.

“These efforts have created a strong foundation for us to advance our container-on-barge capabilities and reach out beyond the nation’s core to establish relationships with coastal ports,” said Lamie.

Mike McCarthy, Chairman of the Freight Development Committee, cited The Freightway’s ability to develop and build consensus around a list of 20 priority projects necessary to modernize the region’s freight infrastructure as a key accomplishment over the last year. The list has unanimous regional approval and the backing of both the Missouri and Illinois congressional delegations, which has vaulted regional priorities into national priorities. McCarthy is the president of Terminal Railroad Association (TRRA) of St. Louis.

Topping the list of projects aimed at improving the multimodal transportation network is the replacement of the 127-year-old Merchants Bridge, which is one of two rail bridges used by six Class I railroads and Amtrak to cross the Mississippi River at St. Louis, Missouri. Improving Interstate 270 from Lindbergh Boulevard in Missouri to Route 111 in Illinois, including replacing the Chain of Rocks Bridge, is another priority project that focused on improving the region’s transportation network.

The top projects identified as priorities for improving access to the region’s multimodal network are the North Riverfront Corridor Improvements, including Hall Street, Branch Street and the Municipal River Terminal rail access; along with Illinois Route 3 Improvements, which include widening Route 3 from East St. Louis to Sauget, Illinois, and the Falling Springs Road Alton & Southern Railroad bypass. The Freightway is committed to working collaboratively with public and private sector leaders to help validate these and other multimodal transportation needs and explore funding opportunities for efficient, reliable cost-effective and safe delivery of freight movement that the St. Louis region and the nation depends on to compete globally.

“While building relationships and building support for our infrastructure priorities are at the heart of the  efforts to advance the bi-state area as a premier transportation and logistics hub, actively marketing the region’s manufacturing and logistics advantages is another,” Lamie said. For the past year, the Marketing Committee, led by Chairman Dennis Wilmsmeyer, has focused on developing and implementing marketing plans to promote the St. Louis region to new freight markets and customer bases, leveraging relationships with shippers and carriers and spotlighting the region’s top industrial real estate sites. Wilmsmeyer is the Executive Director of America’s Central Port.

“These marketing efforts, which are receiving prominent exposure and media attention locally and nationally, are vital as The Freightway works with manufacturing and logistics industry decision makers and industrial real estate planners,” said Wilmsmeyer. “As we gain national and global recognition as premier freight hub, we’re building a team of ambassadors to help draw even more attention to our strategic location and benefits.”

Matthew K. Rose, Executive Chairman of BNSF Railway, was the special guest speaker for the annual event. With responsibility for one of the nation’s largest freight railroad networks in North America, encompassing 32,500 miles of rail in 28 states across the western two-thirds of the United States and three Canadian provinces, Rose’s remarks underscored the critical role played by transportation, and particularly the railroads, in supporting the freight economy.

“As a country, we should want more freight on the railroads, not less,” Rose said. As he emphasized the various environmental, time and cost benefits associated with rail transport, he said, “I like to refer to the U.S. supply chain as a weapon of mass competitiveness.” Rose said that competiveness can be further enhanced by public-private investment in projects such as the replacement of the Merchants Bridge, which would support increased capacity and growth.

“Growth in a region’s economy is rarely by accident, or simply because of the natural assets or advantages a region has; it takes work. Here in St. Louis you understand that, and you’re working together,” said Rose.

The first video in a series of short videos highlighting the region’s competitive advantages debuted at the Freight Summit, with the others set to be unveiled in the coming months. The entire series will be available at TheFreightway.com, the website launched last year as the gateway for businesses and site selectors to locate key contacts, real estate opportunities and regional logistics capabilities.

Moving forward, The Freightway’s goals include ongoing efforts to create a platform that takes advantage of the unprecedented increase in the nation’s freight activity over the next 30 years. The team will continue to build relationships with coastal ports and to promote the St. Louis region’s container-on-barge capabilities. Marketing efforts will keep the focus on the bi-state area’s freight assets including six Class I railroads, four interstate highways, two international cargo airports, and the third largest inland port. Details also are being finalized for a bi-state familiarization tour for site selectors to further showcase the St. Louis region’s competitive logistics advantages.

End of an Era: St. Louis Coal Terminal to Close