The Third Annual Freight Summit served as the finale of the inaugural FreightWeek STL. The event celebrated the success of the first of its kind four-day FreightWeek STL event, which brought together an estimated 2,000 industry leaders and experts from around the nation to collaborate on the forward movement of America’s growing freight industry and highlighted the region’s enviable location as the epicenter of American logistics.

“Three years ago, we officially launched the St. Louis Regional Freightway with an ambitious goal – make the St. Louis region a premier freight and logistics center. A hub for domestic and global trade,” said Bi-State Development President and Chief Executive Officer John Nations. “The opportunities were there. The potential was there. The freight assets and resources were there. What was missing was a comprehensive, regional collaborative approach to freight management, infrastructure and marketing. Executive Director Mary Lamie and our regional freight partners put those elements into place, and as a result, we are quickly becoming a top freight leader, ideally positioned in the middle of America that has regional, national and international significance.” 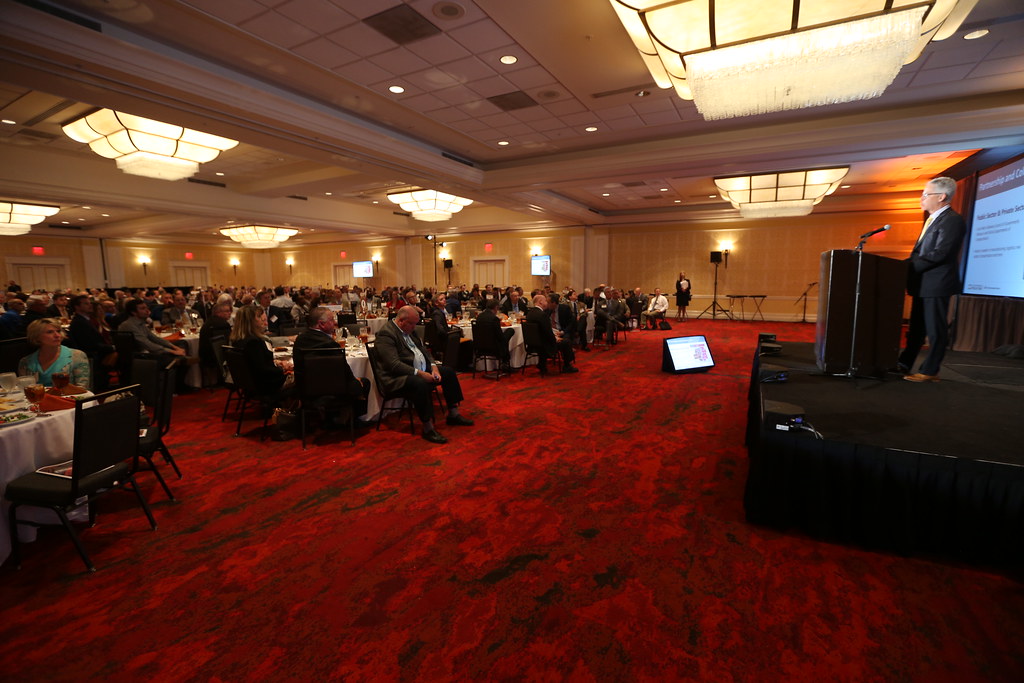 The St. Louis Regional Freightway has successfully united the public and private sectors in eastern Missouri and southwestern Illinois. Among the key achievements, the public-private partnership has prioritized infrastructure needs to ensure the region is prepared to handle the projected large increases in freight volume over the next two decades.

Lamie has been leading the charge to put the St. Louis region on the map as a world-class multimodal freight network with capacity to expand. She took the opportunity during the Freight Summit to highlight some of the major accomplishments by the St. Louis Regional Freightway over the past year.

Building on her demonstrated success building partnerships and fostering collaboration, the St. Louis Regional Freightway launched a new truck driver apprenticeship program in December 2017 in partnership with St. Louis Community College, SLATE and numerous other partners in the tucking and transportation industry. The program, which has been officially registered with the U.S. Department of Labor, aims to address the significant shortage of qualified truck drivers and support local trucking companies by providing students a direct, tuition-free path to a well-paying career, strengthening the local workforce.

The strength of the region’s job-ready workforce is just one of many competitive advantages the St. Louis Regional Freightway has been promoting over the last 12 months. Others include the tremendous logistical advantages of the region’s central location at the multimodal crossroads of the nation, where the abundance of modes provides opportunities and alternatives that make it cost-effective and efficient to move product into, out of and through the bi-state area. Efficiency also has emerged as a hallmark of the region’s port system, which not only is the country’s third largest inland port system, but also the most efficient inland post system. 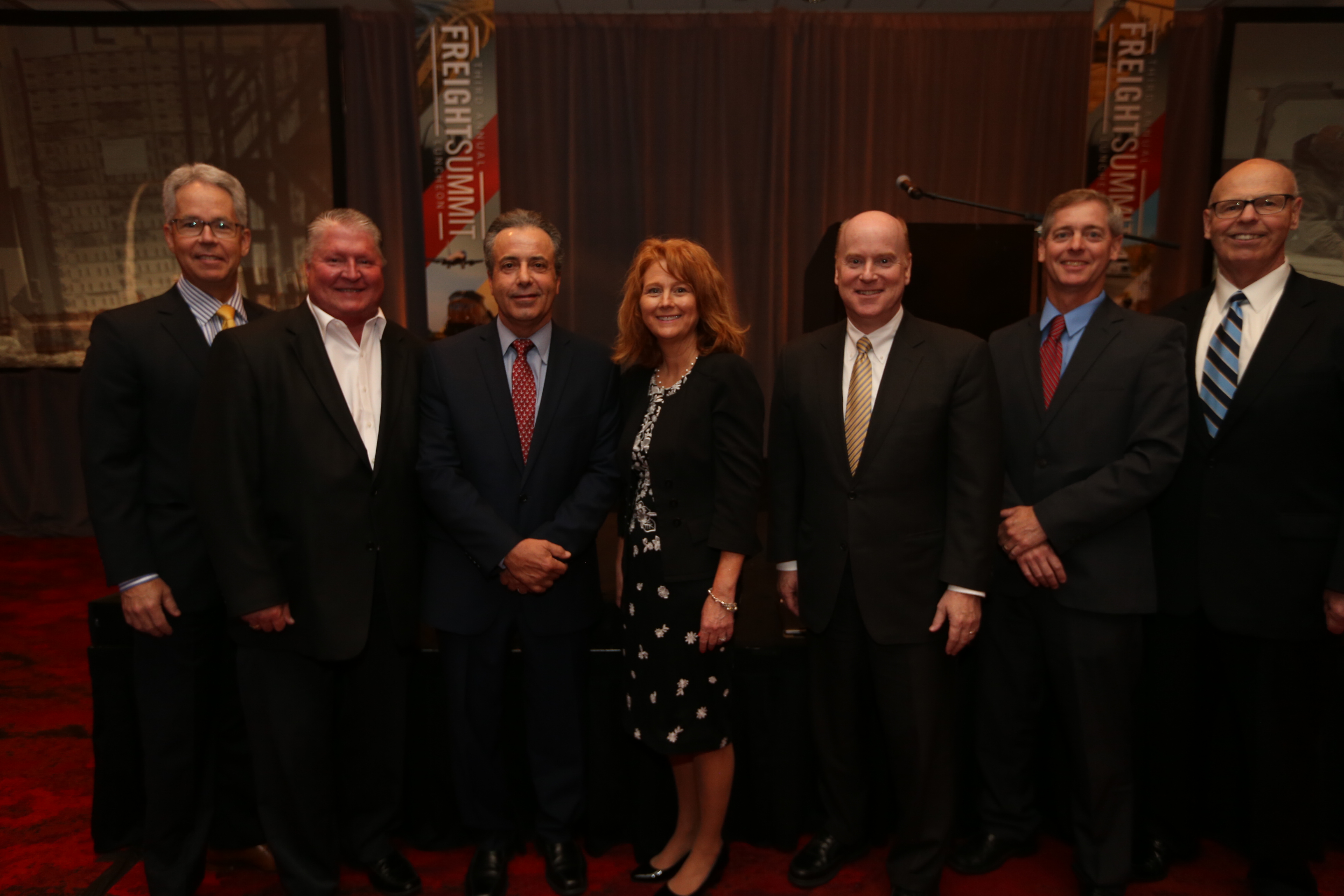 “Our region’s port system is responsible for 70 of the 855 miles of the Mississippi River. That’s eight percent,”  Lamie said. “But, we carry one-third of the total freight. One-third. How is that possible? Our efficiencies. Our barge industry is able to handle 500,000 tons per mile, which is two and a half times more efficient than our closest competitors.”

Those strengths are even more evident along a 15-mile stretch of the Mississippi River, which the St. Louis Regional Freightway has effectively positioned as the Ag Coast of America. It is home to 15 barge-transfer facilities handling fertilizer and other agriculture products. At total capacity, they can handle 150 barges a day, the highest level of capacity anywhere along the Mississippi River. Those advantages, paired with others throughout the region’s freight network, are fueling the St. Louis Regional Freightway’s efforts to maximize the full potential of the inland waterways by partnering with other ports and regions, entering into strategic agreements and exploring moving goods along the river either in containers on barges or other innovative river vessels.

On hand to provide more insight on that strategy was one of the St. Louis Regional Freightway’s newest collaborators, Sal Litrico, chief executive officer of American Patriot Holdings, who gave the keynote address. American Patriot Holdings signed an exclusive agreement last year with Plaquemines Port Harbor & Terminal District in the State of Louisiana to provide container service from a future terminal in Plaquemines to destinations as far north as Chicago, with the potential for various stops along the way. The unique American Patriot Holdings’ vessels are patented and will carry up to 2,500 containers at speeds of 13 miles per hour with virtually no wake, making rounds trips possible to St. Louis in 10 days. The fact that they can carry so much more mass brings the unit cost down, offering shippers significant savings over rail and truck. The vessels recently completed model testing in Germany, and final engineering and design is underway. Given that progress, American Patriot Holdings and the Port of Plaquemines are exploring where the vessels will stop along the inland waterways, and the St. Louis region is a viable contender. 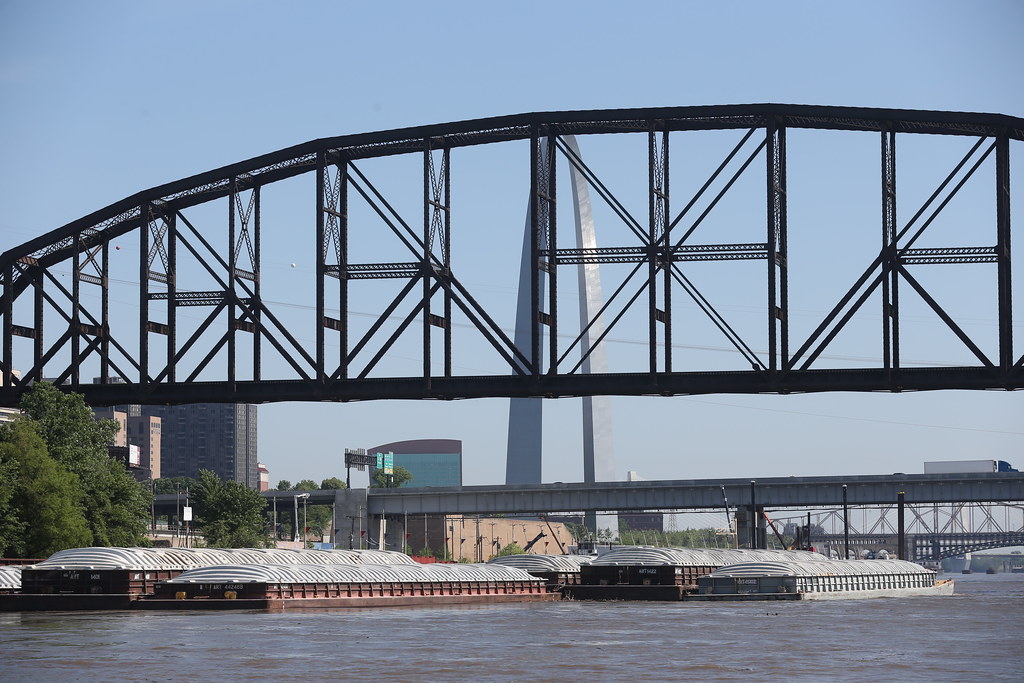 In describing some of the objectives for the inland river ports, Litrico noted they have to be strategically located, intermodal, and potentially have consolidation opportunities.

“St. Louis is an absolutely great location for potential consolidation, taking bulk cargo and moving it into containerization for packaging,” Litrico said.

He also pointed to the exceptional leadership and commitment in the St. Louis region, and the world-class multimodal network that the region continues to build on, as reasons why American Patriot Holdings is considering locating a facility in Jefferson County, Missouri. A Memorandum of Understanding signed in March between the Port of Plaquemines, the St. Louis Regional Freightway and the four public ports in the St. Louis region aims to advance the creation of that new transportation link for cargo movement along the Mississippi River, essentially developing a hub-and-spoke transportation system for container transport vessel shipments from Plaquemines, just south of New Orleans, to the St. Louis region. Litrico explained the next step is making sure the cargo is going to be there for the return trips. To that end, a study is underway with 13 states to verify that it will be, and the findings are expected to be released this summer.

The Freight Summit also included an update from Dennis Wilmsmeyer, executive director of America’s Central Port and chairman of the St. Louis Regional Freightway’s Marketing Committee. He said one of the best things about telling the St. Louis’ region’s great story is that business leaders and organizations who are already taking advantage of the tremendous potential in the bi-state area are stepping up to tell it. Attendees were among the first to see a new video created by the St. Louis Regional Freightway featuring some of those individuals talking about the record-setting growth in the region’s industrial market over the past two years and the factors contributing to that growth. Wilmsmeyer also called attention to an interactive map detailing real estate opportunities, freight assets and multimodal connections that, along with the video, is now available on www.freightway.com.

“This is an invaluable, one-stop shop resource for investors, site selectors and businesses who are looking to see how the bi-state area can best serve their needs,” said Wilmsmeyer.

The Freight Summit also included remarks from Mike McCarthy, head of the Freight Development Committee, who provided an update on the region’s infrastructure improvement priorities.

“We all know that investing in infrastructure is the key toward growth and future success, pretty much across all industries. That’s the simple part,” McCarthy said. “What’s tricky is how you identify what projects are the most important. The St. Louis Regional Freightway serves two states, 8 counties, and countless municipalities in between, so there are a lot of projects on the table.”

The St. Louis Regional Freightway has been successful in prioritizing the projects because the Freight Development Committee is a perfect example of partnership and productive collaboration between the public and private sector. McCarthy said business and industry leaders are working hand-in-hand with the state DOT’s and officials to set infrastructure priorities by helping them to understand how things travel through the region’s freight network and how infrastructure and efficiency impacts on-time delivery and costs.

The project at the top of the infrastructure priority list for the past two years remains the Merchants Bridge, which serves Amtrak and 6 Class I railroads and carries more than 40 million tons annually across the Mississippi River. Due to its age – almost 130 years old – there are a number of speed, clearance and load restrictions, which limit the bridge to operating only one track at a time, causing delays and increased costs. The goal is replacement and the good news is that private funding will support nearly two-thirds of the cost. Federal dollars for the balance are being pursued through an INFRA grant, with a decision expected sometime this year.

Lamie outlined how projects on the infrastructure improvement priority list are organized in four categories:

Lamie highlighted a few projects from each category, including the replacement of the Lenox Tower, one of the high-impact, low-cost opportunities to deliver a tremendous impact for the freight system. Lenox Tower is a 94-year-old facility in Illinois that controls freight and passenger train routing in an area where four Class 1 railroads intersect and where about 66 trains pass through daily. Moving from the existing, antiquated manual switching system to an automated system will decrease wait times by more than 10 hours a day and allow for faster speeds for both passenger and freight rail.

Another priority project discussed is improvements to a 17-mile stretch of Interstate 270 from Lindbergh Boulevard in Missouri to Route 111 in Illinois, including replacing the Chain of Rocks Bridge over the Mississippi River. On May 29, the State of Illinois announced it has approved $223 million in funding for the project.

“This week’s announcement is great news for this important project, as the $223.3 million in funding included in the multi-year plan allows us to move beyond the engineering design phase already underway to begin finalizing plans and proceed with the actual construction,” noted Jeff Keirn, Region 5 Engineer, IDOT.  “The fact that this project has been listed as a top priority project for the region by both the St. Louis Regional Freightway and the Leadership Council Southwestern Illinois helped us to make a case to secure this funding so we can now move this project forward.”